Challenging the Deceits of our Youth-Obsessed Culture
Alexander Nisbet
Alexander Nisbet (1623-69) was a Covenanting minister and Bible expositor in and around Irvine in Ayrshire. He was ordained in 1646 and was removed from his church in 1662 for refusing to comply with the re-establishment of Episcopacy.
4 Aug, 2017

It’s not just that our culture only seems to celebrate youth as successful – it makes it everything. Deep down there is a desperate fear of aging, losing our material pleasures…and of death. We live in a culture that wants to keep us in a state of perpetual adolescence. That way we will be more impulsive and self-focussed and therefore buy more. Social media (misused) often seems to feed the desire to be the centre of attention. Frequently it promotes immature use of language, reason, truth claims and emotion. Scripture makes a clear distinction between being childlike and childish. Do we know what that is?

Our culture doesn’t want to “put away childish things”: it wants to carry on speaking and reasoning in a childish way. This is of course the opposite of what the Apostle Paul says should happen (1 Corinthians 13:11). There are indeed spiritual characteristics similar to being childlike (Matthew 18:1-4). Yet these are quite different to childishness. One passage in Ecclesiastes speaks directly to the young in relation to matters of eternity and ultimate significance. Given that our culture keeps us from advancing beyond adolescence, it is a very appropriate message for us to hear.

There is an irony in Ecclesiastes 11:9 when it calls on the “young man” to “rejoice” in his “youth” and let his heart bring him hear in the days of youth. Walk according to the ways of your heart and as seems good in your own eyes, he says. It as though he says “follow your dreams and desires…but” and then introduces an unexpected and shocking warning. “Know that for all these things God will bring you into judgement”. As Alexander Nisbet says, Solomon is applying his exhortations about preparing for death and eternity to the young because they are most prone to put these thoughts off. They are most bent on their earthly pleasures and so he labours to stop them in their violent pursuit of them.

He is not encouraging them in their sinful pleasures but using a kind of holy scorn that mocks their carnal merriment.  He is speaking to those who rejoice in their foolish youthful lusts and provoke each other not to deny themselves any possible satisfaction in them. They make their own desires the rule of their lifestyle and so justly deserve to be given up by God to their own heart’s lusts. They think that they will “remove sorrow” by their sinful pleasures but they are only increasing grief and wrath for themselves. They must “put away evil” from their “flesh” and forsake these sinful pleasures. At the end he warns them that “childhood and youth are vanity” (verse 10). Of course this can only be done by grace through faith in Christ and with the help of the Holy Spirit.

Here is a resounding (albeit sobering) message challenging the deceits of our youth-obsessed culture.

1. If We Give Ourselves to Sinful Pleasure, God May Leave Us to it

Those who give themselves up to their sinful pleasures may justly fear that God will also give them up to follow their own way to their eternal ruin. If they scorn His efforts and often mock His messengers, He will ultimately mock them and scorn the scorners. This holy irony is intended to produce fears in their hearts, lest God give them up utterly to themselves.

2. By Nature We Want to be Unrestrained in Sin

Where God’s powerful renewing grace has not visited hearts, they will not only take pleasure in sin but provoke themselves to more and more wickedness. If their conscience suggests reluctance they will spur their hearts over its belly. They will withhold themselves from nothing which gives immediate satisfaction. It does not matter how dishonourable to God and destructive to their soul’s peace and happiness it may be. This ironic speech expresses what a bold sinner’s heart says to himself.

When people have abundant earthly pleasures and are capable of enjoying their sweetness, they are in danger of banishing all serious thoughts of death and the last Judgement. But they do need to be reminded of this, as this verse warns.

Serious and believing consideration of the Great Day of Judgement, is a special means to abate our eagerness in pursuing carnal pleasures.  Ministers ought therefore to be frequently and seriously stirring people up to consider it. The Spirit of God finds this to be a most appropriate bridle in the jaws of brazen youth, to restrain it from excess in carnal pleasures.

5. We Will Not Avoid Judgement

There will be no avoiding appearing at the Judgement Seat of Christ. Everyone must appear not matter how unwilling they may be. God will bring us “into judgement”.

6. Our Desires will be Judged as Well as Our Actions

The last Judgement will be so exact that not even the least sinful motion of wicked men’s hearts will pass without notice and deserved punishment. Everyone must not only give an account there of the gross sins they have committed, but also how they have inwardly encouraged their hearts to follow these sins. In speaking of young men cheering their hearts in their wicked ways, and in the sight of their eyes, he says that “for all these things” God will bring them into judgement. 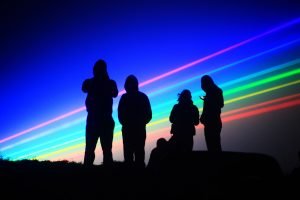 Deluded sinners dream that delighting in their lusts and banishing the thoughts of future judgement to come is the best way to remove sorrow from their hearts. The truth is, however, that by doing so, they are contracting sorrow and heaviness. They are depriving themselves of their true spiritual comfort and joy. They provoke the Lord to wrath against them. They are drinking down that sweet poison that will shortly  bring much sorrow to their heart (unless they vomit it again by sincere confession). He speaks to someone who in verse 9, cheers his own heart in his sin and banishes thoughts of judgement. The same person in verse 10 is said to have much sorrow of heart, i.e. much guilt which will end in sorrow. He also gives great cause for divine wrath against him. The word translated sorrow means this also, and this is why he is exhorted to remove sorrow from his heart.

8. Sorrow and Sin Cannot be Separated

“Flesh” here indicates the corrupt nature of man (often called flesh in Scripture) that incites to sin as well as the outward body that puts these desires into action and accomplishes them.  Putting to death and forsaking such evils may seem to them the most unpleasant and painful activity in the world. Yet they are in effect the only way to remove sorrow, and consequently bring true joy and peace into the soul. Putting away evil from the heart is the way to achieve removing sorrow from the heart.

9. The Sinful Delights of Youth Will Soon Vanish

The sinful delights of youth are transitory; those hot furious motions of passion, lust etc. will soon vanish. Considering this fact should move us more promptly to put sin to death and leave our lust before our lusts leave us.  For “childhood and youth are vanity”. The vanity spoken of primarily the transitory nature of soon vanishing of youthful pleasures. This is used as an argument for repentance.

← 14 Reasons to be Thankful How True Faith Rejoices in Christ, Even in Trials →