Spiritual Summer Time
Samuel Rutherford
Samuel Rutherford (c. 1600 – 1661) was one of the foremost Scottish theologians and apologists for Presbyterianism in the seventeenth century, playing a major role in formulating the Westminster Standards at the Westminster Assembly. He is best known for his many devotional letters and Lex, Rex–his seminal work on political sovereignty.
22 Jun, 2018

Who would not welcome the warmth and light of summer? It provides opportunities that we may not have at other times of the year. Its life, growth and fruitfulness should encourage thoughts of the things we long for spiritually. Perhaps we feel that we are in the very opposite condition but spiritual summer is still what we desire. It is good for our growth to have a variety of spiritual seasons. The important matter is to make best use of our current condition.

Samuel Rutherford often compared the changes in our spiritual experience to the seasons of the year. In this updated extract he considers the nature of spiritual summer for the individual and the Church.

1. Spiritual Summer is Not Continuous

Christ is the Sun of Righteousness with “healing in His wings” (Malachi 4:2). He is “the dayspring from on high” (Luke 1:78) and “the light of the world” (John 8:12). Now, when the sun departs (when Jesus goes away) then it is dead winter with the Church.

It is clear that under Joshua the Church had her summer and fair weather. The prince of their salvation fought for them and their enemies were subdued under them (Joshua 5:14). The Lord left them many times under the Judges and sold them to their enemies. This was their winter, when God departed from them and they worshipped other gods. And are they not sometimes mourning at the rivers of Babylon? And sometimes dwelling peacefully under their own fig-tree!

(a) The Church has a changeable condition. She must wade through one river and then she goes some miles on dry land and then a river again.

(b) In respect of the outward ministry of the Word. Christ blows out the candle when He has gathered those whom the Father has marked out.

(c) In respect of His felt presence, He is always coming and going and He must go up to His Father’s court and send down love-letters to us again. Christ Jesus in the power and ministry of the Word is not an abiding heritage to any people. Our Lord is riding through the world on the white horse of the gospel (riding triumphantly) and to the extent that His people welcome Him, He remains.

Christ is amongst us now on horseback, the summer is now well near an end. Do you know the signs of winter? Before the winter, the leaves fall off the trees. People now fall away from their profession. Many are ashamed to own Christ and profess Him, they will not be called Puritans. Trees dry up, cast off their fruit and become barren. You never saw the gospel more barren in good works and alms deeds than now.

2. Spiritual Summer is Not Constant Sunshine

We must not think that the child of God will never get a shower in their way to heaven. Sometimes near mid-summer, there will be a blast of hail. But the nature and season of the year will soon melt and dry it up, and it will clear in the west. The birds will renew their songs again and the roses will spread their leaves again when the sun shines. So even while it is summer, the Sun of Righteousness will hide His face from the poor believer. Christ will seem to go away and the conscience will quake and tremble.

It was so with Hezekiah when he mourned to God as a dove and chattered like a crane. It was not the fear of death but because (when he was so near death) God felt so far from him. The soul that knows what it is to be without Christ under these trembling fears will never have a happy look until the sky clears in the west again. Then the Sun of Righteousness begins to break though the clouds of His wrath.

No one knows what it is to be without God, except such as once had Him. People will say this is winter indeed and the child of God is going backwards under such conflicts. I answer that nothing grows and flourishes in winter but even then there are many sweet flowers springing up in the soul. It is true felt enjoyments wither because it is not the time of year for those to grow. But now under these desertions humility grows, feeling of guilt grows, the love and longing to be kissed with the kisses of His mouth grows, a concern to seek God’s face grows and smells sweetly like the rose in June.

The soul is never under such a good condition as now; for the souls of God’s children are always in one of three conditions:

Towards Christ, it is mid-summer sometimes with the soul, when it enjoys God’s sweet and felt presence. Sometimes we may be so drunken with sense, that we become proud and haughty. We think this a good case; yet, there is great danger that” we provoke our Lord Christ to go away from us. Therefore, we have now need of a holy fear, and of ardent prayer to God to continue our case.

The soul will be in such a winter, that the Lord will withdraw Himself for many days and years. Yet the soul is so dead in sleepy security that it never misses Him. This was David’s condition; when news came to him that Uriah the Hittite was slain, he called it a chance occurrence of war and sent Joab word to renew the battle again. But the Lord had then left David and he knew it not.

The third condition is best of all, when God is appearing to go away and the child of God holds Him fast. When God is saying as He did to Jacob, “Let Me go”, Jacob would not let Him go without a blessing (Genesis 32:26). When Christ says to the woman of Canaan, I came to the world for the lost sheep of the house of Israel, I came not for you. Yet she still knocks, and cries for “mercy, mercy” and cries on Him and would take no such answer. It is the sweetest season in the year when faith binds and holds Christ so fast that He cannot get away. No cord will hold our Samson but faith, love, zeal, new desires for Christ, humility etc. When all these graces flourish, the soul has joy and comfort in Christ.

It is time now for some directions about the specific evidences, signs and marks of summer. “The flowers appear on the earth” (Song 2:12). By this I understand, the holy lives of the saints, which are as beautiful in the eyes of Jesus as the flowers in summer are beautiful in the fields and gardens. “Israel shall blossom and bud as a rose, and fill the face of the world” (Isaiah 27:6). “And they of the city shall flourish like grass of the earth” (Psalm 72:16). “He shall grow as the lily, and cast forth his roots as Lebanon” (Hosea 14:5).

The Church is God’s garden and plot of ground. He Himself sets flowers in it by the ministry of the Word. It is a mark of the true Church of God that the Word is accompanied by the effectual working of God’s Spirit. Sweet-smelling flowers grow in this plot of ground, the garden of the Word. Do you know what makes the Lord’s flowers fruitful in His vineyard? There are four things that make all Christians fruitful in it.

(i) The Father’s cultivation. He is a good gardener, if any are planted by Him they must grow.

(ii) Christ is a fertile piece of ground. He brings forth a hundred fold. If a flower is planted in Christ, it draws life from Christ: “For if we have been planted together in the likeness of His death, we shall be also in the likeness of His resurrection “(Rom 6:5). All that grow fruitfully unto God must be planted in the death of Christ. When Christ died, He was sown and planted in the earth and the third day He came above the earth and budded. So our body of sin is sown in the body of Christ and the third day the image of God buds up again.

(iii) Abundant rain makes flowers grow. We are watered, and washed with the purging blood, and cleansing water, that came out of the side of Jesus.

(iv) Flowers must have sweet, wholesome air to make them grow. The sweet worthiness of God’s Spirit rebuking the conscience for sin, and the sweet south wind of the same Spirit comforting the soul, blows upon God’s flowers. What makes so many stinking weeds in our land? God may say as He said of the people“The best of them is as a brier; the most upright is sharper than a thorn hedge” (Micah 7:4). “Pride has blossomed, “violence is risen up into a rod of wickedness” (Ezekiel 7:11 see also Hosea 10:4). The reasons is that they are not planted in Christ but grow wild upon the mountains of the earth like nettles and thorns.

We need various spiritual seasons rather than have a constant summer. We cannot have our heaven here as well as hereafter. As Rutherford put it: “We love to carry a heaven to heaven with us, and would have two summers in one year, and no less than two heavens. But this will not do for us: one (and such a one!) may suffice us well enough. The man, Christ, got but one only, and shall we have two?”

Whatever our spiritual condition may be presently, we should be longing for that endless spiritual summer. Rutherford longed for heaven, the constant summer of eternity. “O for the long summer day of endless ages to stand beside Him and enjoy Him! O time, O sin, be removed out of the way! O day! O fairest of days, dawn!”n time, and will be set before us before we famish and lose our stomachs. You have cause to hold up your heart in remembrance and hope of that fair, long summer day”. 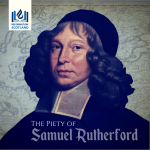 ← Bible Verses Have Consequences Can You Get More Than Heaven? →