Private Prayer is the Christian’s Strongest Refuge in Trouble
Westminster Assembly
The Westminster Assembly was an advisory body of theologians to the English Parliament which met at Westminster from 1643 to 1648. It produced a new range of standards for church order and government, worship and doctrine for the churches of England, Scotland and Ireland that have been used ever since by Presbyterian churches across the world.
6 Apr, 2020

It’s a time for constant, earnest prayer. There are special promises for calling on God in a time of trouble (Psalm 50:15). We are being given plenty of opportunity for secret prayer by being confined to our houses. We can “enter into our closet” and enter the strongest refuge we have through private prayer. It is through private prayer that we strengthen our faith in the Lord Himself who is the ultimate refuge.

Thomas Brooks wrote about how essential and urgent private prayer was at the time of the plague in London. He wrote a whole book The Secret Key to Heaven to encourage this. Here is an updated excerpt from one section.

In times of great trouble and trials, in times of great afflictions and persecutions, private prayer is the Christian’s food and drink. It is their chief city of refuge or shelter and hiding place in a stormy day. When the saints have been driven by violent persecutions into holes and caves, dens, deserts and howling wildernesses, private prayer has been their food and drink. Under Christ it has been their only refuge.

When Esau came forth with hostile intentions against Jacob, secret prayer was Jacob’s refuge (Genesis 32:6-9, 11). He recalls God’s promises, they must be prayed over in private. When Jacob and all that was near and dear to him, were in eminent danger of being cut off by Esau and the men of blood that were with him, he takes himself to private prayer as his only city of refuge against the rage and malice of the mighty.

When Jeremiah was in a solitary and loathsome dungeon, private prayer was his food and drink, it was his only city of refuge (Jeremiah 33:1-3). God encourages him by private prayer, to seek for further revelations of those choice and unique favours, which He purposed to confer on His people in future times.

When Manasseh was in chains, in his enemies’ country, when he was stripped of all his princely glory and led captive into Babylon, he takes himself to private prayer as his only City of refuge (2 Chronicles 33:11-13). By this means he prevails with God for his restoration to his crown and kingdom.

Private prayer is a city of refuge that no power nor politics, no craft nor cruelty, no violence nor force is ever able to overcome. Though the joint prayers of the people of God together were often obstructed and hindered in the times of the ten persecutions (of the early Church), yet they were never able to obstruct or hinder secret prayer.

When men and devils have done their worst, every Christian will be able to maintain his private trade with heaven. Private prayer will shelter a chri∣stian against all the national, domestic, and personal storms and tempests, that may threaten him. 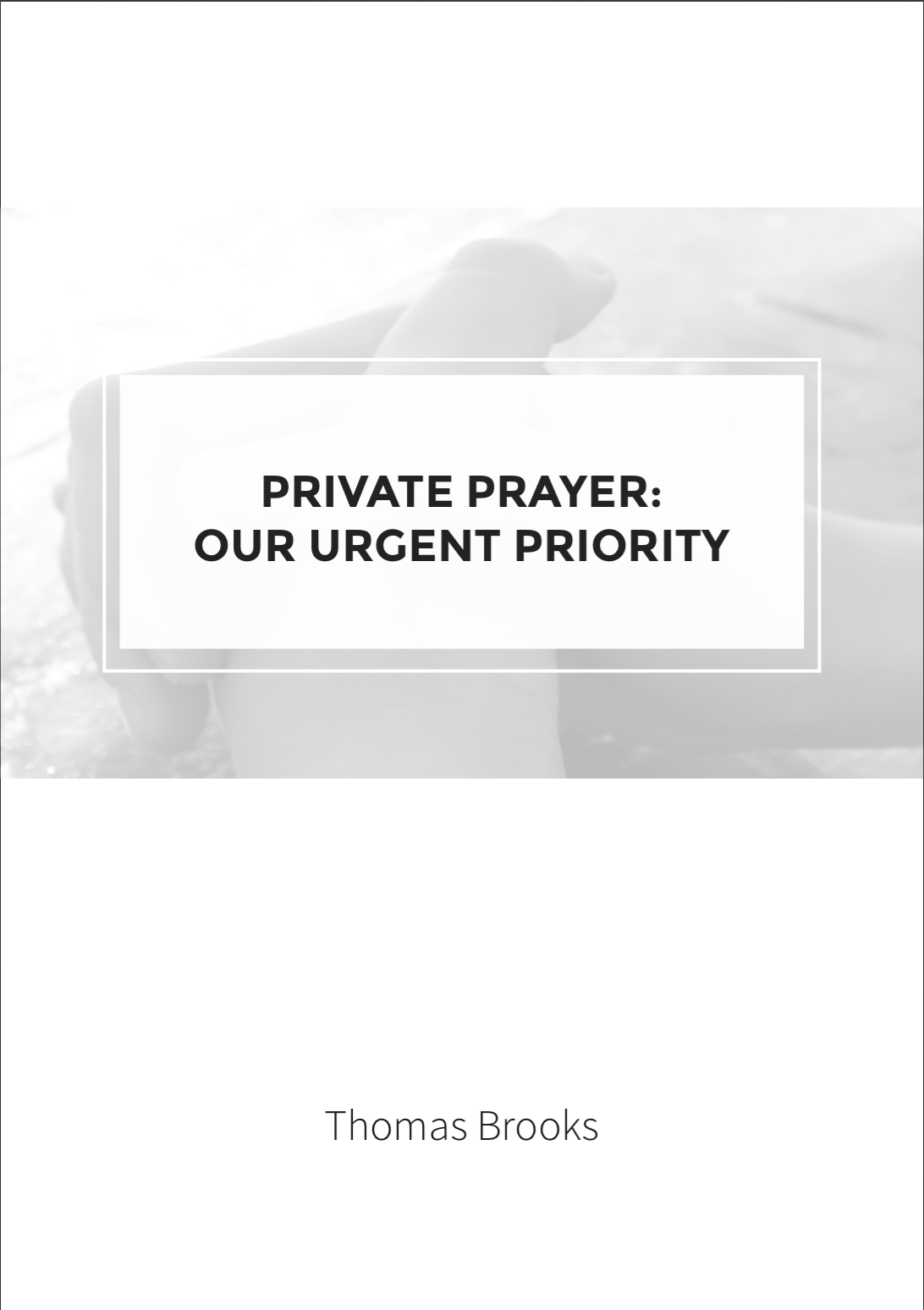 Many Christians ‘do not clearly nor fully understand the necessity, excellency, and usefulness of this subject’. In this short (18 page) booklet, Thomas Brooks shows why private prayer is the urgent need of our souls, families, churches and nation. Usually available for £1 hard copies can be posted within the UK to those who are committed to reading and acting on it. An electronic version is also available for readers from other countries.

Order here
← What is Absolutely Essential? Why the Nations Need to be Shaken →