How Does God Still Work in Creation?
Westminster Assembly
The Westminster Assembly was an advisory body of theologians to the English Parliament which met at Westminster from 1643 to 1648. It produced a new range of standards for church order and government, worship and doctrine for the churches of England, Scotland and Ireland that have been used ever since by Presbyterian churches across the world.
14 Jul, 2020

The Bible clearly teaches that God continues to look after and oversee all that He made. Scripture makes clear that His power is as necessary to maintain the world as it was to make it (Hebrews 1:3). Some believe that God created everything but then left creation to continue by itself with no continual involvement. But this is not what the Bible teaches (Psalm 103:19). Let’s explore Bible Truth on this subject.

This is an extract from the recently reprinted book Bible Truth Explored. It uses the Westminster Shorter Catechism to explore Bible truths in small, easily digestible sections with questions for further reflection. Its simple and straightforward approach make it well suited for all ages in group, family and individual study. The following extract relates to Question 11 of the Shorter Catechism.

God sustains the whole creation in existence moment by moment, upholding all things by the word of His power (Hebrews 1:3). He does this by constantly providing for them (Psalm 36:6).

People sometimes talk about the ‘laws of nature,’ often forgetting that it is really the
Lord who is providing for His creatures. He constantly provides what is necessary
for them to survive and flourish. He controls the seasons, the water cycle, and all
the features of ecosystems (Psalm 104). If God ever suspended His preserving work,
everything would simply go out of existence.

“The Lord rules and directs all His creatures…just as surely as He preserves them.”

Psalm 66:7 asserts that God rules “by his power for ever”. The Psalmist was reflecting on the truth that the Lord rules and directs all His creatures and all their actions, just as surely as He preserves them. The sun, moon, stars and all celestial bodies are under His hand. The wind, rain and snow are at His command. Kings, prime ministers and presidents do not reign and govern by chance. It is by His power and authority that they come and go (Proverbs 8:15–16).

God is holy in all His ways and works. He governs His own creation in holiness
and in such a way as will promote holiness. Because we see so much evil and
wickedness happening, we can sometimes struggle to see the holiness of God in
His providence. For example, the fact that God governs all the actions of His
creatures includes even the sinful actions of sinful creatures. God is nevertheless
still holy and acting in holiness when He permits sinners to have evil thoughts
and gives them good health and energy to put wicked ideas into action.

At the same time God remains holy. He is not the author of sin and He is not responsible for the sins of sinful beings. His governing in providence includes setting limits on people’s wickedness, and limits on the damage their wickedness causes. His holiness can be seen in His mercy, when He brings good outcomes out of sinful actions and when He converts notorious sinners into dear saints. God’s holiness can also be seen in His justice, when He brings bad consequences on sinners for their bad actions. For example, the conspirators who wanted innocent Daniel to be destroyed were themselves soon punished by being thrown into the lions’ den (Daniel 6:24).

“His holiness can be seen in His mercy, when He brings good outcomes out of sinful actions.”

Think of the history of Joseph in Genesis. His life was full of sadness and difficulty, but at last it became clear that God had a wise plan in it all and worked it out perfectly. “But God meant it unto good, to bring to pass, as it is this day, to save much people alive” (Genesis 50:20). The reason for many things in life may not be clear to us but we are to trust in God’s purposes (Romans 8:28).

We see wisdom in action when somebody uses the best tools and methods to reach the best outcome, even when we don’t initially understand what they are doing. It might seem strange, for example, to infect people deliberately with cowpox, giving them unpleasant lesions and fever, but once someone has had cowpox they are protected from smallpox, a deadly disease. God is using the best methods even when our limited wisdom prevents us from seeing how His methods will ever achieve a good outcome.

Do you remember proud King Nebuchadnezzar? He thought that there was none as important or powerful as he himself. But God humbled him and taught him that the King of Heaven has power beyond any mere men. Nebuchadnezzar put it like this: “none can stay his hand,” meaning that no one can interfere with or alter His powerful oversight (Daniel 4:35).

When God announced that He was going to set the Israelites free from Egypt, there was nothing that cruel Pharaoh could do to stop them. He might have thought he had survived the plagues which God had sent, and he must have thought the Israelites were at his mercy when his armies cornered them on the brink of the Red Sea. But he was no
match for God’s power in providence. In preserving, managing, arranging, and governing, God is not only capable but invincible.

Something to think about…

There is so much to learn about God and ourselves from the Bible that we need an accurate summary. We need a guidebook to what the Bible says we must believe and how we must live. This resource uses the Shorter Catechism to explore Bible truths in small, easily digestible sections with questions for further reflection. 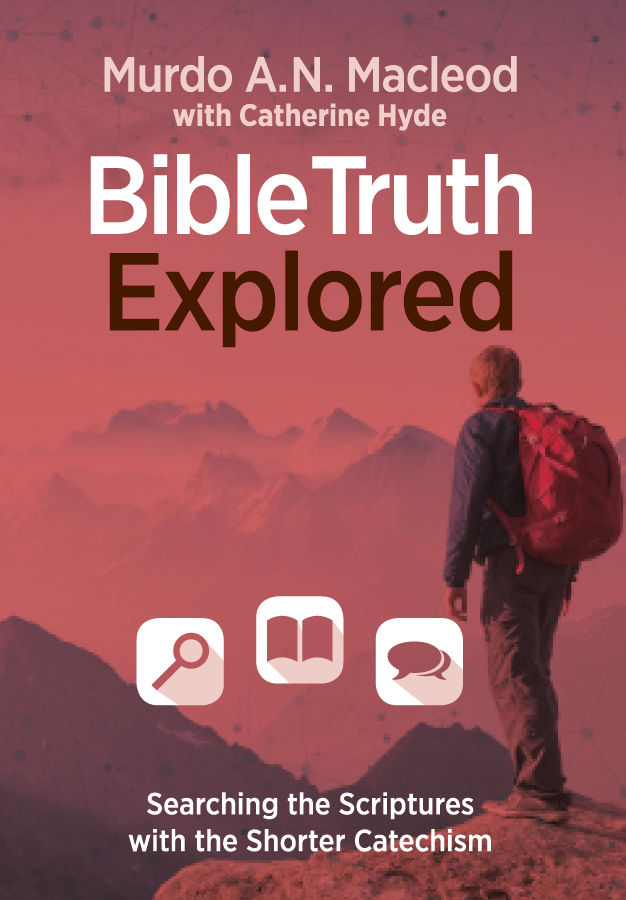