4 Ways Sovereign Grace Must Impact Us
James Durham
James Durham (1622-1658) was minister in Glasgow for only eleven years but left a considerable number of writings. One of the co-authors of 'The Sum of Saving Knowledge', he is best known for writing what is still regarded as the classic Reformed work on church unity, division and schism, 'A Treatise Concerning Scandal' as well as a highly sought after commentary on the Book of Revelation.
30 Sep, 2020

Sadly, it’s all too possible for people to be so opinionated about theological matters that they can even become obnoxious. They can become ungracious even when speaking about grace itself and somehow proud of the deeper understanding they have gained. Those who are new to any kind of convictions can be especially prone to this. This is not to minimise the truths themselves. It does not undermine the importance of having an accurate understanding of the Bible and a concern that others would share in it. It is rather about the spirit and manner in which this is done. Scriptural teaching is intended to humble us and increase our love for God, not merely puff us up with knowledge. What impact then ought sovereign grace to have on our hearts and lives?

What do we mean by sovereign grace? It is the powerful work of God on the heart to transform it by grace and raise it from death to life spiritually. This is described in different ways (Jeremiah 31:34; Ezekiel 11:19; Ezekiel 36:26-27; Jeremiah 32:40; John 6:44; Ephesians 1:19). These verses, amongst others, describe the work of conversion and the new birth. As James Durham puts it; this is a distinct, inward, special, real, immediate, efficacious and powerful work of the Spirit of the Lord. It is the work of sovereign grace that is necessary for conversion. The soul is convinced of sin and humbled for it; the mind is enlightened in the knowledge of Christ. The will and affections are renewed and persuaded to embrace and receive Jesus Christ as He is offered in the gospel.

This is best illustrated in Lydia (Acts 16:14), it is said of her “whose heart the Lord opened, that she might attend to the things that were spoken of Paul”. Here we find:

(a) It is a distinct work

The Lord’s powerful work on her heart is distinguished from Paul’s preaching to her ear; the Lord opened her heart. It is not as if there were some power infused into the Word. Although it accompanies the Word, it is a distinct person working a distinct work. Thus it is separable from the Word, though it is done in the heart of the same sinner to whose ear the Word is preached.

(b) It is an inward work

It is on the heart. Besides the outward preaching and calling of the Word, there is an inward, powerful, effectual work and calling by the Spirit in the conversion of a sinner. This speaks to the heart as the Word speaks to the ear. This work of the Spirit as part of conversion is much more than any external persuasion or the preached Word can produce.

(c) It is a special work

It is not all who hear Paul preach whose hearts are opened, but it is the heart of one Lydia. It is peculiar to those whom the Lord converts and is applied to none others except those in whom He works faith and whom He effectually calls by His grace. It is a special work and not common to all who hear the gospel otherwise it could not be said that this report had not been believed and the arm of the Lord not revealed (Isaiah 53:1)

For the Lord not only enlightens her understanding, but goes down to the heart and opens it, and works a change in it directly or immediately. Paul indeed, by his preaching, opens the way of salvation to all that heard him; from which, though many go away with their hearts unopened, yet the Lord has a secret mysterious, real, inward work on her heart, which is evidenced by the effect. He not only enlightens her mind but makes her willingly yield to the call of the gospel, by opening her heart. It is not simply a moral persuasion; it is God’s enlightening the mind, and by that persuading the will to be united with Christ.

How then should such sovereign grace impact us?

Learn from this to be humble. What do you have that you have not received? And if you have received it, why boast as if you had not received it (see 1 Corinthians 4:7). It is unsuitable for believers (who are unashamedly free grace’s debtors and beggars) to be proud and forget themselves. You have nothing, believer, to boast of, except that God has humbled you with his grace and should you be proud of that as if you had made yourself thus? Therefore guard watchfully against all puffing-up, self-conceit, and high-mindedness. Strive to be humble and to keep a low sail, or else you may break out into some scandalous offence and become a shame and reproach to the gospel.

We commend humility to you above many things; for we think that in these days, folks’ pride is likely to break their necks. When conceit first creeps in, they begin to think they are so far advanced in holiness, that they must not keep company with others, nor join in worship with them. From that, they go to another thing, and from that to a third so that it is hard to tell where they will stop or end. They become so giddy, that they are scarcely likely to leave themselves enough ground to stand on. Be ashamed of pride; it is a most intolerable thing to be proud of that which God has given, for which you had no responsibility of which you can no more boast than those who never had it.

Give God the praise for what you have received. It is becoming for the upright to be thankful (Psalm 33:1). It is no small thing, to have God’s power manifested in producing faith and conferring grace. The thrones, kingdoms and great things of this world are nothing to this. It is peculiar to the Lord’s own and not common. Many get their fill of the world who never got nor will get this. The world is of so little value with the Lord, that (so to speak) He does not much regard who gets it, though it is exactly distributed by His providence. But converting and upholding grace is peculiar to His favourites. If you are clear that He has bestowed grace on you, how you should exult in blessing God (as David did) for giving counsel to choose such a portion and for His powerful determining of your heart by His grace to embrace it. You do not have yourselves to thank for this, but God.

Be tender towards others, considering that it is only grace that has made the difference between you and them and not any good nature in you which was not in them (as some foolishly imagine). Do not be puffed up at the faults and falls of any, but rather mourn for them as well as for your own. Be the more humble when you think of the difference that grace has made, left you fall. Since you stand by grace lone, do not be high-minded, but fear. Of all persons, it befits you worst of all you to regard lightly never mind mock at the falls of others, considering who and what has made the difference.

If it is so special a privilege to be partakers of this powerful and special grace of God exerted in the great work of conversion, there is surely something special called for in your conduct. It must be worthy of the gospel in all things and correspond to this grace bestowed on you. What kind of person ought you to be in all holy conduct and godliness (see 2 Peter 3:11)? 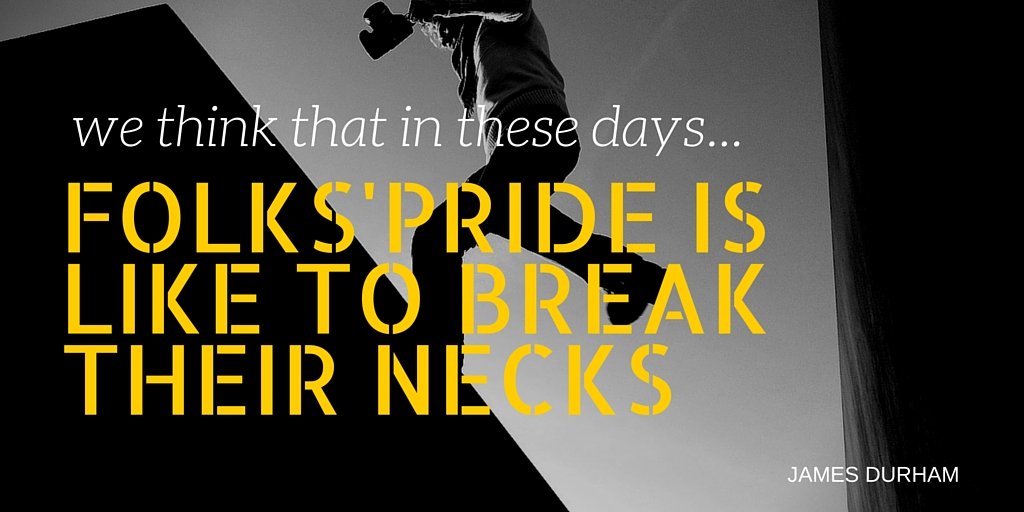 ← What Can We Learn from Unprecedented Uncertainty? Have You Buried Christ's Gifts? →