Why We Must Avoid Causing Spiritual Harm
John Brown of Wamphray
John Brown of Wamphray (1610-1679) was the Church of Scotland minister of Wamphray near Dumfries. One of the great theological writers in the later period of the Second Reformation, he wrote a large number of books and also pastored the Scots Church at Rotterdam.
11 Nov, 2020

Politicians continue to wrestle with how to deal with the “four harms” caused by COVID-19. These are: the direct health impact of the virus, impact on other health areas, impact on society and on the economy. They are profound issues, but spiritual harm does not register in public policy, except as a tiny aspect of society. Spiritual harm is not irrelevant to Christians, however. We need to think about it in general as well as the impact of COVID interventions. We need to think of it in the same terms as we do harms to physical health. Harming spiritual life is more serious but much more common than we have realised. In fact we do it all the time in ways that we barely acknowledge.

It is frighteningly possible to commit acts of spiritual destruction and harm. The apostle Paul tells us that it is possible to destroy the work of God and a fellow believer with something that is not in itself sinful. It may be something as straightforward as what we feel free to eat, if that could be a stumbling block to someone (Romans 14:15 & 20). Their conscience may be in error but if they believe it is sinful then they are spiritually harmed by our example. Our failure to deny ourselves in something indifferent is a breach of charity towards them. We are being spiritually destructive in doing something that would tend to undermine the work of Christ, which is to save and build up souls not destroy them. It puts a stumbling block in their way which would result in their spiritual harm.

In the following updated extract, John Brown of Wamphray summarises the powerful implications of the teaching that the apostle Paul presses home in these verses. Paul says that the work of grace and sanctification, of holiness and comfort in your brother, is the work of God. By stumbling him with your eating you are doing what you can to hinder the progress of that work (Romans 14:20). And so you do that which tends to harm and utterly destroy that work. You destroy the work of God, for a very small and inconsiderable matter. Your food, though useful, is small in comparison of this work of God. And for so small a matter will you endanger the everlasting good of your brother? It is true that all foods are now pure and clean since Christ has come. But it is evil to the person who eats with offence. Although those foods are morally pure and free of any ceremonial uncleanness, yet it is sinful and unlawful to be a stumbling block to your brother in eating those foods.

We are often careless about the impact of our words and actions on others. As long as our conscience is not ringing alarm bells, perhaps we fail to take the conscience of others into consideration. What we do or say may not be sinful in itself but that does not mean it cannot cause spiritual harm to others, depending on the circumstances involved.

1. Spiritual Harm Happens Even When We Don’t Mean It

It often never occurs to us that we may be doing spiritual harm to our brothers and sisters when what we do isn’t really wrong. Mostly, we try to obey God’s commands and avoid what God forbids. Yet there are ‘indifferent’ things, neither right nor wrong in themselves, which we can do – either with a wrong motivation or wrong attitude – which brings spiritual harm to our neighbour. If we even do something that saddens our brother or sister, making them disappointed that we are not so spiritually mature or spiritually sensitive as they thought we were (for example), then we’ve done something that hurts them spiritually. Through the sadness of heart this causes them, we have made them slow down or falter in the way of godliness. This is so even though we never intended this at all, and even though they will never ultimately be turned out of the way.

Although it is impossible that anyone for whom Christ died and who is redeemed by His blood will actually perish, yet we may be guilty before God of doing that which (in itself) would tend to murder their souls. By doing that which may lead, provoke, or stir someone up to sin, we are doing what would in its own nature and tendency bring them to ruin and death, if it was not for divine mercy preventing it.

So the sin of stumbling the weak brings deeper guilt than many are aware. It is nothing less than working against Christ, labouring to rob him of what he has purchased, even with the costly price of his blood, and to deprive Him of those for whom He laid down His life. The one we stumble is or may be (for all we know) someone “for whom Christ died.”

If only we paid more attention to the law of love, and considered more carefully the awful nature of the deed of making our brother stumble, for it is ultimately a form of soul-murder, of destroying the souls purchased by Christ at the dearest rate!

Then we would never dare to take the risk of causing spiritual harm to anyone. We would never dare to be so addicted to our own pleasures, or wishes, or advantages, or convenience, on any excuse whatsoever, that we would continue to do things that are at best only neutral, when it endangers the spiritual welfare of our neighbour.

The smaller and more trivial the thing that endangers the spiritual happiness and welfare of the soul of our brother, the greater is our guilt if we do it. We should instead have such a hearty love to the spiritual benefit and progress of our brother that we would immediately discount whatever good we think we can reap to ourselves by that little thing, as soon as we weigh it in the balance alongside the inevitable hurt which it will bring his soul.

The work of grace in a soul, and that soul’s spiritual comfort, is a work which God claims as his own. It is God who gives faith in the first place, as well as all the other graces, and it is God who gives believers all the comfort and joy they have. He is the one who daily nurtures and continues the work of grace by his own constant influences on their souls, and he is the one who brings this work to completion and glory in his own time. This is why it is called God’s work.
And although this work is in God’s hand, and he will certainly bring it on to a perfect conclusion, and never permit it to fail, yet it is liable to many obstacles and obstructions, arising from all sorts of casual occurrences. But we can only interpret these events as things which are means of destroying this work. Although they will never successfully destroy God’s work, they are genuine attacks on God’s work which can bring genuine harm.

Just as this work is hindered by many obstructions which it meets with from corruptions within our brother’s soul, so it also meets with impediments from others around us. These impediments come not only by people doing what may foster or stir up corruption in us, or by doing something actually sinful, or even by doing what is lawful and necessary in a carnal, sinful manner. They also even come by people’s ordinary activities and behaviour.

6. Spiritual Harm Can Happen Even Through Indifferent Things

If something is ‘indifferent,’ we are free to do it or not, according to our own pleasure – but only as long as it does not cause anyone any spiritual harm. What is indifferent becomes sinful as soon as our brother sustains spiritual harm by what we’ve done, and when the work of God in our brother’s soul is marred. 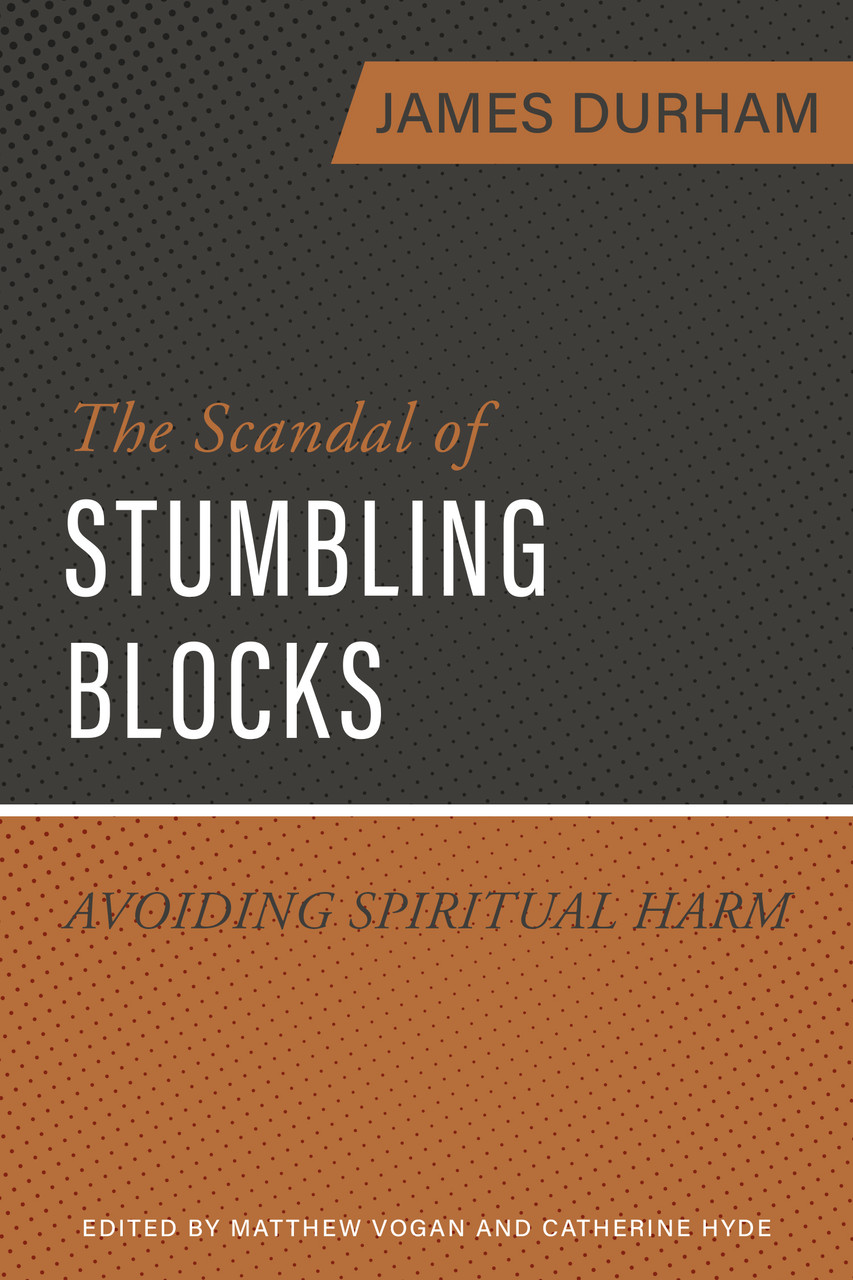 A new book helps you avoid causing spiritual harm through the application of  biblical counsel. In The Scandal of Stumbling Blocks, James Durham helps us to consider the matter deeply by defining the nature of stumbling as well as showing its serious consequences. He looks in considerable detail at different kinds of stumbling and identifies the ways that people can stumble and be stumbled. Durham provides practical advice for avoiding and preventing offense.

Now edited in modern English, Durham’s classic treatment on considerate Christianity can be used to edify a new generation.

Order here
← Being Humble Before the God of Nature What Makes Our Home a Sanctuary Not a Prison? →

Read more articles from the John Brown of Wamphray blog