What Authority Do Civil Rulers Have in Church Matters?
Westminster Assembly
The Westminster Assembly was an advisory body of theologians to the English Parliament which met at Westminster from 1643 to 1648. It produced a new range of standards for church order and government, worship and doctrine for the churches of England, Scotland and Ireland that have been used ever since by Presbyterian churches across the world.
20 May, 2021

Church and state are clearly distinct, but their roles and relationship have not been without controversy down through the years. It is easier to state the distinction sometimes than to apply it. It has often proved to be a thorny and complicated issue. Understandably many people like to avoid dealing with that but failing to think clearly about it has often produced practical problems when situations arise. Ultimately, it is about the glory and the authority of Christ. As Head of the Church, He has provided clear principles to apply so that it can advance His glory in the world.

In this updated extract, some of the members of the Westminster Assembly explain from Scripture how Christ preserves His own authority in His Church. As Mediator, He has given spiritual authority those who exercise government within the church. But He had given no spiritual power at all to civil government or secular institutions in their civil function. It is still necessary to apply these principles in specific contexts but it is vitally important that we establish the core truths from Scripture as to what authority civil rulers have in the spiritual matters of the church, whether preaching and teaching, what we believe, how we worship or decisions about church matters.

Whatever proper power of church government Christ gives to any is somewhere to be found in the Old or New Testament. This is because (a) The Scriptures are a perfect rule for all church affairs (2 Timothy 3:16-17). (b) There are places in Scripture where Christ commits authority to His own church officers (Matthew 16:19; 18:18; 2 Corinthians 10:8; 13:10 etc). But nowhere in all the Old or New Testament does Christ give such power of church government to civil rulers.

2. Christ Only Gave Authority in Church Matters to Church Rulers

Civil rulers as such do not have any office within the church and therefore cannot have authority within the church. It is to church rulers that Christ gave the “keys of the kingdom of heaven,” with the actions that belong to that (Matthew 16:19; 18:18; John 20:21-23) well as authority for edification of the church (2 Corinthians 10:8; 13:10). But no civil ruler as a civil ruler is any of those whom Christ has given office within the church. Civil rulers are never counted in the catalogue, list, or roll of Christ’s church officers in Scripture (Ephesians 4:10-12; 1 Corinthians 12:28, etc.; Romans 12:6–8).

In Christ’s giving the “keys of the kingdom of heaven,” He makes explicit mention of officers belonging to the church, which are really and essentially different from the civil ruler, i.e. Peter in the name of all the rest (Matthew 16:18–19), and of the rest of the apostles receiving the keys with him (Matthew 18:18). All the disciples except Thomas were together when He gave them the same commission in other words (John 20:20–24; Matthew 28:18–20). Now, if Christ had given the keys or any power in relation to them to civil government in so far as it is civil government He must have given them solely to civil government for how could His apostles being officers in the church be really distinct from the civil ruler in that case?

Jesus Christ in giving the “keys of the kingdom,” did not give one sort, act, part or piece of the keys, but the whole power of the keys, all the sorts and acts belonging to them together. Therefore, it is said, “I give the keys of the kingdom” (Matthew 16:19; John 20:23). It is not merely a “key” that is given here but all the “keys” given at once, i.e.., key of doctrine and the key of discipline; or the key of order, and the key of jurisdiction—not only binding or retaining, but loosing or absolving of sins, i.e.., all acts together conferred with the “keys.” Now, if Christ gave the keys to the civil ruler, then He gave them all the sorts of keys and all acts. If so, civil government may as well preach the Word and dispense the sacraments, as exercise government. (Christ joined them all together in the same commission, and by what authority are they disjoined?). And if that were so, what need would there be of pastors, teachers, etc., in the church? Let the civil ruler do it all.

If we take church government more broadly as containing doctrine, worship, and discipline, it is the whole power of the “keys.” It is not simply discipline otherwise, it would have been said “key,” not “keys”; church government, therefore, is at least part of the power of the “keys.” The word “key,” denotes a stewardly authority (Isaiah 22:22) which includes governing, ordering, and ruling the household, as well as feeding it (see Luke 12:41–49).

Church and State are distinct societies.

(a) The officers of Christ, as officers, are not subject to the civil power. The apostles and pastors may preach and cast out against the will of the civil ruler, and yet not truly offend civil government; thus, in doing the duty they have directly received from God, they must “obey God rather than men” (Acts 4:19–20). And the apostles and pastors must exercise their office (having received a command from Christ) without attending the command or consent of the civil ruler for the same; as in casting out the incestuous person (1 Corinthians 5:5), telling the church (Matthew 18:17), rejecting a heretic (Titus 3:10).

(b) Any acts of power that civil government cannot do or do not belong within their God given authority rare are not subordinate to it. Thus, the kings of Israel could not burn incense (2 Chronicles 26:18–19). Likewise, none have the power of the “keys,” except those whom Christ has commissioned to go “into all the world and preach the gospel (Matthew 28:19). But Christ did not speak this to civil rulers, only those that are “sent” (Romans 10:14). So those that are church governors are placed by Christ in the church (1 Corinthians 12:28).

(d) Those that are not sent by civil government as their deputies are not subordinate in their mission to civil power. But the ministers are not sent as the deputies of civil government but are “set over the flock” by the Holy Spirit (Acts 20:28). They are likewise the “ministry of Christ” (1 Corinthians 4:1–2); they are “over you in the Lord” (1 Thessalonians 5:12); and exercise their jurisdiction in His name (1 Corinthians 5:4-5).

(f) The church of Antioch sent to Jerusalem (Acts 15:2). And the synod there, without the authority of civil government, came together (v6) and resolved the controversy with their authority (vv28-29). And we read, the “spirits of the prophets, are subject to the prophets” (1 Corinthians 14:32)—not to the civil government as prophets. So we must “seek knowledge at the priest’s lips,” not at the civil ruler’s (Malachi 2:7). And we read that the people came to the priests in hard controversies, but never that the priests went to the civil power (Deuteronomy 17:8–10).

(g) It makes civil government Christ’s vicar, and so Christ to have a visible head on earth, and the civil ruler is an ecclesiastico-civil pope, and so there would be as many visible heads of Christ’s church as there are civil rulers.
h) Civil and church powers are both directly received from divine authority: one from God the Father, as Creator, the other from Jesus Christ, as Mediator.

It is clear from this brief biblical survey that Christ has given His Church distinct and exclusive authority in its own matters. We need wisdom, grace and courage to apply these matters and maintain Christ’s glory and authority.

This has been extracted from a pastoral book on church government called Jus Divinum Regiminis Ecclesiastici: The Divine Right of Church Government which has recently been republished. 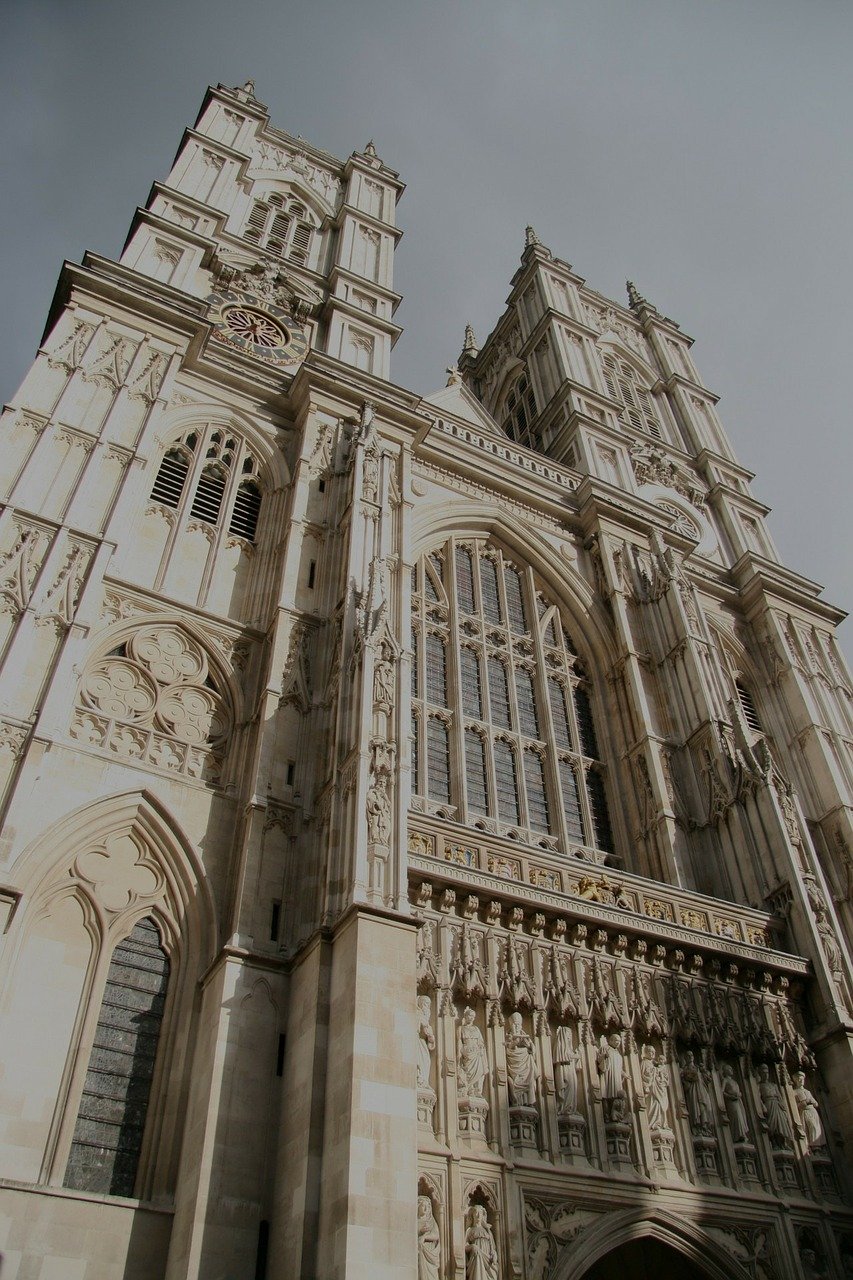 To explore these principles further, you may find it helpful to read the article Church Government is All About Christ. Many people neglect or treat church government with contempt. But that is a great mistake because (according to Scripture) it is essentially all about Jesus Christ.