A Covenanter preacher during the times of persecution. He preached to thousands at meetings in the fields. For this he was pursued by government troops since all meetings outside the parish churches were illegal.

Eventually they caught up with him and his followers at Ayrsmoss. Before they were engaged in battle, Cameron prayed, ‘Lord, spare the green and take the ripe’. Turning to his brother, Michael, he remarked “… this is the day we will get the Crown.” They fought valiantly in self-defence but ultimately Cameron and his brother Michael lay among the dead. The dragoons cut off Cameron’s head and hands and in an act of terrible cruelty took them to his father who was in prison in Edinburgh, and asked him if they knew them.

Old Allan Cameron replied, “I know them, I know them. They are my son’s, my dear son’s. It is the Lord. Good is the will of the Lord, who cannot wrong me nor mine, but has made goodness and mercy to follow us all our days.”

9 Ways to Demonstrate Your Love for Christ

It’s easy to profess that we love the Lord Jesus Christ but how does it impact our lives? Richard Cameron shows us practical ways to demonstrate our love for Christ. 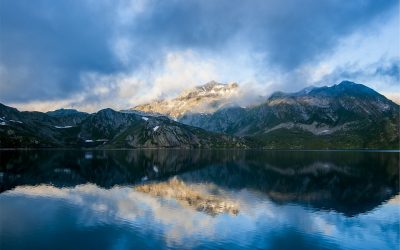 How to Have Inward Calm During Outward Trouble

How do we get our hearts settled and fixed so that they can be calm during times of trouble? Richard Cameron gives biblical counsel.