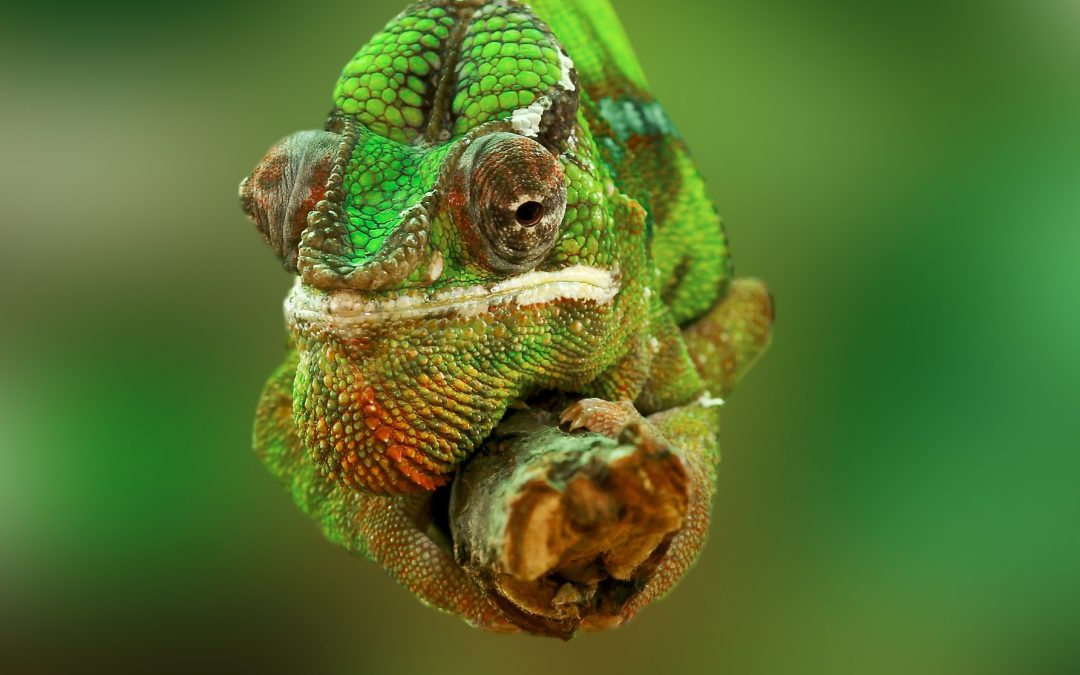 All Things to All Men: What Does it Really Mean?

All Things to All Men: What Does it Really Mean?

How much should churches change their message and methods to suit the culture around them? Some believe that whatever methods will connect with people are justified. The gospel must be “contextualised” they say. This means that we must adapt everything but the core message to suit the culture. The main Bible verse that they use to support this idea is when Paul speaks of being all things to all men in order to save them. Does that mean that we must adopt the culture around us and everything we do must be changed? How should we understand this verse?

Reaching back beyond current debates and controversies to learn from the way that others in the past have understood this passage is particularly helpful. It brings a different perspective that help us to see things in a clearer way. We are not the only generation to seek to understand the Scriptures and if we are prepared to learn from other Christians in our own day then why not from the past too? The following is therefore drawn from the way that David Dickson and James Durham understood 1 Corinthians 9:22. In this verse Paul says “I am made all things to all men, that I might by all means save some”. We need to understand these words in their context, not just repeat them as a slogan.

1. Paul is speaking about his personal conduct

Paul has been speaking about financial support for the ministry in verses 7-14. He then speaks about his own practice amongst the Corinthians in verses 17-18. If my preaching is “voluntary, it shall have a reward” he says “but if against my will, I must still discharge it, because of the dispensation committed to me by the command of God” (Dickson). Paul contrasts this with those who “unwillingly preach the gospel” and “exercise their ministry, not out of any love to God and desire of converting souls but for filthy lucre’s sake or out of vain-glory” (Dickson). But Paul chose to deny himself what he was entitled to by not seeking financial support for his ministry in this context. He chose to “make the gospel of Christ without charge” (v18).  If he had sought financial support, those who opposed him would have used it against him and he would have “abused the gospel” (v18) and “abused his liberty” (Dickson).

Paul has a liberty (v19) but he is willing to give up his personal benefit if it will get in the way of spiritual service to others. He is willing to do this in “all sorts of things that are indifferent” so as not to serve “himself but rather others so that he might gain them” (Dickson). There are three ways in which he gave up his entitlements in this way (verses 20-22).

It should be clear that Paul is not speaking about a positive requirement to adopt a culture but rather in relation to whether certain practices are positively commanded by God or indifferent. He is speaking about personal conduct rather than providing a full-blown missionary strategy or church planting methodology.

2. Paul is speaking about things that are indifferent

It is important to see that Paul is not talking about being free from the moral law. He emphasises in verse 21 “being not without law to God, but under the law to Christ”. This means that all things to all men certainly does not mean engaging in anything that would be contrary to what God has required or forbidden. In verse 27 Paul speaks about his personal need of constant spiritual and moral discipline. Paul is rather speaking about how “he accommodates himself to all men in all things that are indifferent” (Dickson). He does this for three reasons.

3. Paul is speaking about edification

It is clear that Paul is speaking about edification when we compare what he says in the next chapter when returning to the subject. In 1 Corinthians 10:31-33 he sets out the requirement that “in all our actions (and therefore in eating and drinking) we must endeavour that God may be glorified. This is not done when we eat with offence to others” (Dickson). Offence in Scripture means being a stumbling stone to someone else and harming their spiritual edification. It is important to understand the contrast with the modern idea of offence as hurt feelings or being exposed to an opinion with which you disagree. For more on this vital subject read 7 Reasons to Avoid Stumbling Others.

In 1 Corinthians 10:32 Paul goes on to say that we “must give offence to no one, whether they profess the true religion or not” (Dickson). We should even deny ourselves the liberty of being free to eat anything if we are going to cause someone else to stumble by eating something. In verse 33 Paul returns to his own example in a way that brings out the meaning of “all things to all men”. He says that he pleases “all men in all things; not seeking mine own profit, but the profit of many, that they may be saved”. Dickson draws from this that all believers “are bound to imitate the apostle’s example in all things that are indifferent. He did not seek to serve his own temporal profit, but rather the eternal salvation of others. He would not eat in such cases therefore, and so are all bound not to eat this or that food where it would stumble another”.

James Durham makes frequent references to 1 Corinthians 9:22 in a classic book that deals with the danger of stumbling others and harming their spiritual edification. He shows that when we stumble others it is because we are seeking to please ourselves rather than love our neighbour as ourselves. He says that we must “bear the infirmities of the weak and not please ourselves, but rather our neighbour for his good to edification, even as Christ pleased not himself, (Romans 15:1-3)”.

Durham notes that this was Paul’s practice in 1 Corinthians 9:19-23. He became all things to all men for their edification. He pursued the edification of others in his use of indifferent things and denied himself in relation to what would please him personally.Paul prevented offence, when by becoming all things to all, he made way for his being acceptable in his station.  Durham says that this not simply about avoiding things that may harm edification.

Durham says that such stumbling takes place in confusing people in the truth or practices of religion so that they are made doubtful whether such things are duties and truths, or not. In this way they may be diverted from some of the more necessary practices of religion. This is the purpose of Romans chapter 14 and similar parts of Scripture. For instance he guards against doubtful disputations which are not profitable (Hebrews 13:9). This is not only in writing and reasoning for what is not truth, but writing and speaking of truth in a new manner with new expressions, or doing it contentiously.

Durham goes on to say that what is not actually edifying stumbles others. It is for this reason that Paul becomes all things to all, that he may gain some. For instance, he has Timothy circumcised so that he might have access to edify the Jews. Not striving to please others in indifferent things hindered them from being edified by us. It gives them prejudice at the way of the gospel so that their edification is obstructed and they offended.

Durham speaks of denying ourselves in things that are indifferent in themselves such as eating or not eating such a food for such a time. Paul was even willing never to eat meat again if it would harm the edification of another (1 Corinthians 8:13). This is to become all things to all men in order to gain them (1 Corinthians 9:22). It is when our practice in such things is conformed not to our own inclination but so as to edify others. It cannot stop us from doing our duty as commanded by God yet even in commanded duties we need to consider the appropriate time and circumstances.

Durham observes that all things to all men means equal respect to all kind of persons in relation to edification. We to avoid stumbling weak as well as strong, the ungodly as well as the gracious. The command is general: 1 Corinthians 10:32 uses three categories to include all sorts of persons. Just as we ought not to sin in reference to any person, so we ought not to give to any of them an occasion of sinning, because that is never good. Paul would not give the false teachers of Corinth grounds to be stumbled any more than the Church-members.  In this respect we are debtors both to the Jews and Greeks, to the unwise as to the wise (Romans 1:14). In indifferent things we are to become all things to all men, even to those that are weak and without law (though still we are to be under the law) that more may be gained (1 Corinthians 9:20-23).

David Dickson and James Durham have taken us deeply into the meaning and context of 1 Corinthians 9:22. It is not a passage requiring evangelists to adopt a culture in order to engage people with the gospel.  It does not support the popular idea that we must secularise our language and use methods that trivialise the message. This may actually harm people in their spiritual edification if it makes the gospel message superficial and trivial, with less of the authority of heaven and the sense of eternity. This would in fact achieve the opposite of what Paul means in being all things to all men.

Culture is not entirely neutral and the medium affects the message. Paul could have used other means such as drama to promote his message. They would have been more cultural and respected. But God chose “the foolishness of preaching to save some” (1 Corinthians 1:21).  Paul was concerned with what God had commanded.

1 Corinthians 9:22 is speaking about pursuing the spiritual edification of others, within and outside the Church. It is highly challenging on a personal level. Are we dedicated to seeking the maximum edification of all others? Are there aspects of our behaviour and speech that are hindering edification? What is not actually edifying stumbles others.

One application of the passage would be that anything unnecessary or indifferent in itself that might harm edification should be removed. We should seek to avoid unnecessary offence or prejudice. It is not about jettisoning aspects of vital biblical principle. Could the movement to effect wholesale change in the worship and practice of churches actually be harming the spiritual edification of others contrary to 1 Corinthians 9:22? Seeking the spiritual good of others means teaching them to observe all things that Christ commands (Matthew 28:20).