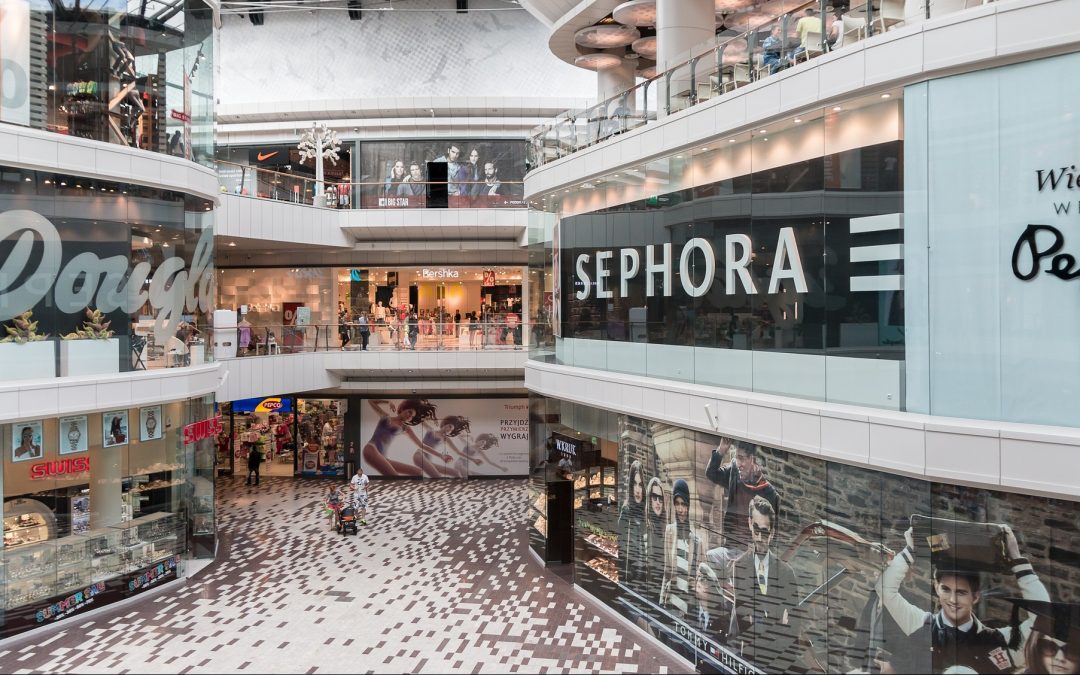 Consumerism is more than a way of life to many. It has become life itself. They live to consume. This is an absolute denial of Christ’s teaching (Luke 12:15). Many have believed the marketing myth “you are what you buy”. Consumerism seeks to make us feel comfortable. Yet also insecure at the same time because we don’t have the latest product on offer. It holds out the delusion that we can choose happiness for ourselves as long as we keep buying.

The Apostle Paul has already told us that “covetousness is idolatry” (Colossians 3:5). It’s not hard to see that it functions as a religion. It seeks to give supernatural significance to material objects. This lie makes consumerism hollow, unreal and fed by broken promises. It promises a spiritual satisfaction that it can never possibly deliver. At the same time, it decreases satisfaction by devaluing everything. According to consumerism everything and everyone, including ourselves, is exchangeable.

Sadly, many churches are now marketing to the felt “needs” of consumers. Church-shopping is certainly a growing trend. Yet it only results in emptying true meaning out of the Church’s core message and purpose. Neither will it satisfy. David F Wells wrote about this in his book God in the Wasteland: The Reality of Truth in a World of Fading Dreams. He calls attention to the only way that the Church can reverse this downgrade.

It must give up self-cultivation for self-surrender, entertainment for worship, intuition for truth, slick marketing for authentic witness, success for faithfulness, power for humility, a God bought on cheap terms for the God who calls us to a costly obedience. It must, in short, be willing to do God’s business on God’s terms.

Of course, consumerism depends on never satisfying consumer induced wants (“needs”). It would go out of business if it did. But it falsely promises that tangible material objects will guarantee spiritual realities and meaning. This will never satisfy (Isaiah 55:2). The Lord Jesus Christ has told us that the gain that consumerism offers is only loss. Even if we were to acquire everything consumerism could ever offer, it would be the greatest loss (Matthew 16:26).

Ecclesiastes 2:10-11 confirms this in the experience of one who could have everything that he could want. It left him empty. Ecclesiastes 5:10-11 counsels us that we cannot be satisfied by multiplying wealth and possessions. It is “vanity”. Alexander Nisbet (1623-69) expounds this teaching at greater length. He draws out many of the reasons why covetousness and consumerism can never satisfy.

1. There is no satisfaction for a man’s mind in worldly things.

This may be “silver” (which includes any kind of money). It may be precious metal which men use to obtain what they need. It may be “abundance” i.e. any other earthly commodity. This abundance may increase to the greatest height. But he infers that it is vanity for men to give their hearts to such things as though they were their happiness. This neglects the way to happiness counselled in the first part of the chapter. It proves to be a disappointment to them and empty of any satisfaction.

2. As men increase any kind of riches, usually those who eat them also increase.

Their children, friends or relations are multiplied. Or at least, those to whom they owe charitable giving. God calls them to give some of their substance to such. Thus, they cannot with a good conscience hoard their abundance.

3. Though they increase in riches, they have no real advantage by doing so.

Even the rich master has nothing more than the poor servant who has food and clothing. The only thing he has more than him is merely the ability to behold what he has. This cannot be regarded as happiness.

1. The immoderate love of riches is a self-destructive sin.

The more that anyone attains these things, the more insatiable they are in thirsting after more. The Lord has given the spirits of men such large appetites that nothing can satisfy them except Himself. He is “All in All”. Thus, he that loves silver shall not be satisfied with silver.

2. Those who are moderate in their desires after worldly things may get a satisfactory amount of them.

Although that amount may be only small, they may account it enough and best for them. They can be satisfied with the true riches (salvation in Christ) which are enough to make them happy. Thus, Solomon says that only he that loves silver and loves abundance shall not be satisfied with either.

3. The worshippers of mammon do not focus their love and desires on exactly the same things.

Some worship money. Others who place less value on that set great store on cattle, others the things they sell and still others make the fruits of the ground their idol. Men may be free from serving a particular idol served by others but they cannot free themselves from this sin altogether. The covetous man has a wide variety of objects on which to pour out his heart. But they are all equally unable to satisfy. For this reason, the wise man not only speaks of silver but also the abundance of any other earthly commodity. He that loves silver shall not be satisfied with silver, nor shall he that loves abundance be satisfied with its increase.

4. The growing increase of silver, possessions and other things of that nature cannot give satisfaction.

5. This is the main proof of men’s vanity.

Such things are of great disappointment and misery to them in the end. They spend money on that which is not bread and their labour for that which does not satisfy (see Isaiah 55:2). The Spirit of God has passed the following sentence of condemnation on such a course of action. “This also is vanity”.

6. Covetousness is an irrational lust.

It makes those under its power believe there is satisfaction in that which will only increase their anxiety. They imagine that if there were no one except themselves to enjoy earthly things, they would be happy. Yet if this were so, how miserable they would be. They are not satisfied because the opposite happens. As goods increase, so those that eat them are also increased.

7. A covetous worldling whose God is mammon wants to maximise everything for himself.

He cannot give anything to someone else willingly without great vexation and increasing his dissatisfaction. Even though they may be his nearest relations or those t0 whom God calls him to give. His abundance fails to satisfy him because Providence has ordered it in this way. When his goods are increased, those that eat them are increased. This increases the covetous man’s vexation.

8. It is of great comfort to a child of God that when he receives abundance from this world, Providence provides many suitable ways to make use of it.

Yet what increases contentment to a man who is dead to the world, increases anxiety to a worshipper of Mammon. It causes vexation to the covetous worldling to see the number of those to whom he ought to give growing. He cannot with a good conscience withhold from them. Yet he cannot get a heart to give to them either. This is why he is not satisfied with his increase, because when goods increase, those that eat them are also increased.

9. God never gives a man riches and abundance of worldly things to hoard up.

Whenever His Providence brings someone abundance of these things, the same Providence provides those to whom he is bound to give part of it. His children may be multiplied or the number of his servants and employees is increased. Or else the poor may run and flock about him. Or it may be that something happens in Providence. These things may eat up a considerable part of his increase. This is a general truth: as goods increase, those that eat them are increased also.

10. There is no true pleasure or profit from everything men have in the world.

(Apart from what men use to sustain life, are bound to give to others, or put to necessary use). In fact, they have nothing except but merely to see them which means very little. Considering this should make men see their vanity in seeking these things as their chief happiness. Apart from sustaining life and other approved uses, what does the owner of such riches have except being able to behold them with his eyes?

← 7 Reasons Why God Permits Sin What Spiritual Fruit Have You Produced This Year? →