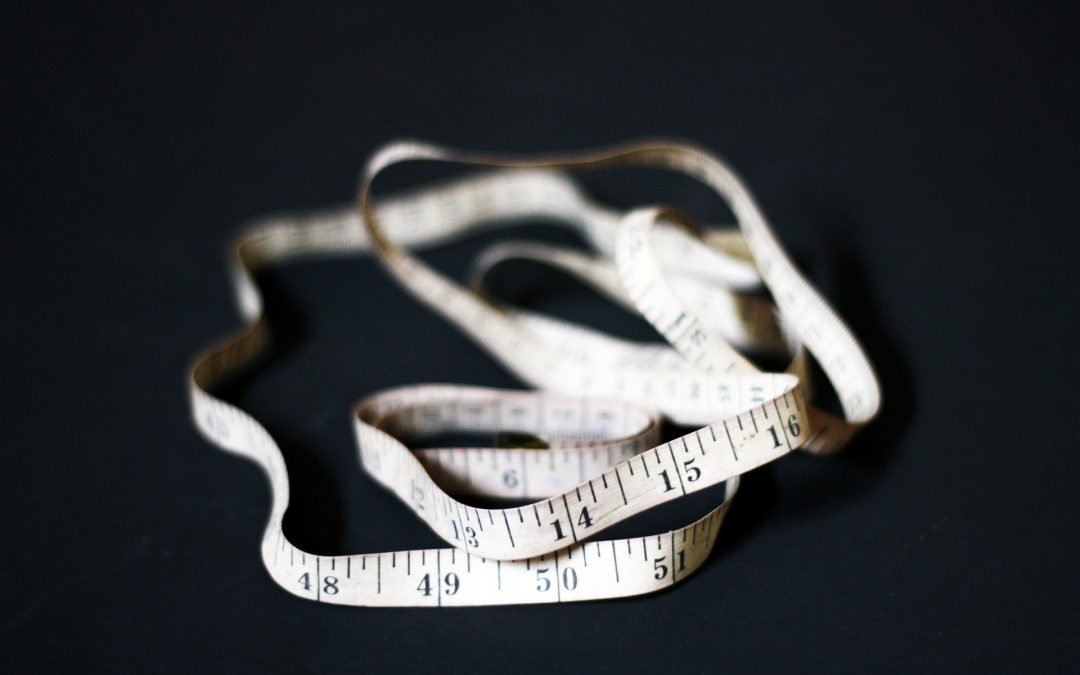 The Only Real Measurement of Christian Service

The Only Real Measurement of Christian Service

How do we measure the outcomes of serving Christ? Lots of activity? Large offerings and attendances? Many conversions? Our focus may be drawn to things that are commendable to a greater or lesser extent. But are they the main thing? Are we forgetting that any true growth only comes from God (1 Corinthians 3:7)? Overvaluing ourselves or other people and what we can do comes from undervaluing Christ. Are we in danger of getting in the way of people being able to see no one but the Saviour? This misses the whole point of serving Christ, there is no real progress unless we are brought low and He is lifted up.

When we look at our own personal service to Christ—is it about us or about Christ? Do we have the selfless attitude of Christ in what we do (Philippians 2:3-8)? It’s easy to measure ourselves by others and what they do—but that is wrong (2 Corinthians 10:12). We have nothing but weakness to contribute (2 Corinthians 11:30). Even when we have done everything that it was our duty to do we are unprofitable servants (Luke 17:10).

There is a biblical way to measure our service to Christ. It is the extent to which Christ is magnified. This was Paul’s approach (Philippians 1:20). Everyone would acknowledge this. But we cannot magnify Christ and ourselves at the same time. The way to magnify Christ more is that we should diminish. The motto of John the Baptist’s ministry was “He must increase, but I must decrease” (John 3:30). We must be constantly decreasing, and He must be constantly increasing. It is fatal to undervalue Christ, but impossible to overvalue Him.

John the Baptist’s role was to point to Christ and prepare the way for Him. This meant taking attention away from himself. As George Hutcheson describes it, he was like the morning star which is increasingly obscured by the rising sun. Even though John was a burning and shining light, that brightness had to give way to the full glory of the Sun of Righteousness who was to shine ever more brightly. John did not stop being what he had been, but he was increasingly less esteemed as Christ was truly seen. This is how it should be.

As we reflect more on John the Baptist’s motto “He must increase, but I must decrease” we can see how it is the true measure of what it is to serve Christ. In a man-centred and man-pleasing age, attracted by what impresses us superficially, there is a strong temptation to eclipse the spiritual glory of Christ by letting someone else get in the way. As George Hutcheson explains in this updated extract, John the Baptist’s statement gives us the right perspective. 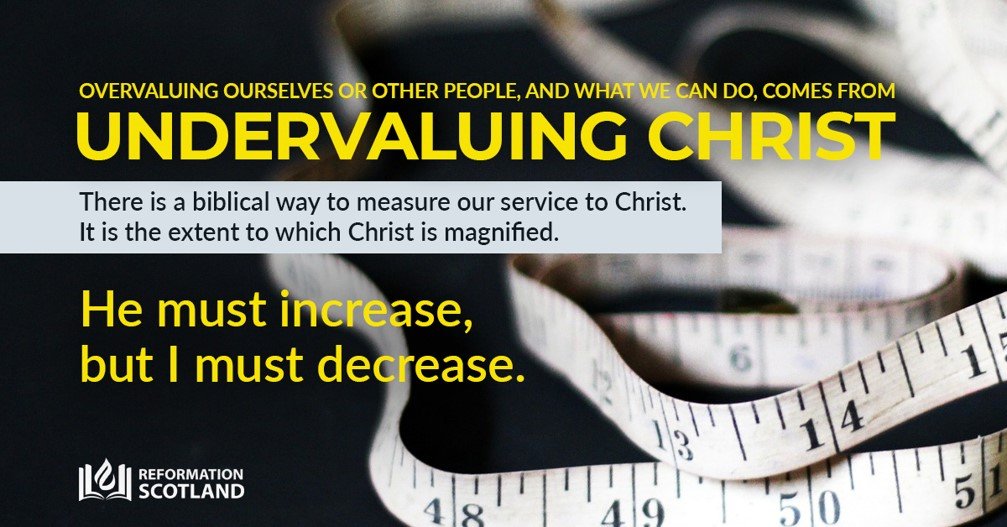 1. SERVICE TO CHRIST IS MEASURED BY HOW MUCH HE IS KNOWN

When Christ is not known, He will not be thought much of and not duly acknowledged. This means that others are esteemed too much. John implies that since Christ was not fully manifested, He was not properly esteemed. He implies also that He himself was esteemed too greatly by many. Indeed, some thought that John himself was the Messiah due to their ignorance of Christ.

2. SERVICE TO CHRIST IS MEASURED BY HOW MUCH HE IS GLORIFIED

When Christ shines in His glory, He will obscure the excellence of other things. This is the case with ministers in particular, not in respect of the purpose for which Christ has appointed them (to preach Himself). Such preaching will be in request even more as Christ becomes more glorious. But any pride or thinking of themselves too highly must vanish. When Christ shines in His fulness the light and glory belonging to ministers is seen as merely borrowed from Him, as the daystar borrows light from the sun. Christ’s splendour and light will obscure and swallow up their borrowed light as the rising sun does in relation to the daystar. The minister’s light and shining must be considered as only subservient to leading people to Christ and not to be rested on for itself. All this is implied when John says, “he must increase, but I must decrease”.

Proud envy will never be satisfied and those who indulge it will find they are tempted to it more and more in all kinds of ways. John tells those of his disciples who wanted to see him exalted that they were going to see him even less and Christ much more esteemed. “He must increase, but I must decrease”.

3. SERVICE TO CHRIST IS MEASURED BY HOW MUCH HE IS REVEALED

Where Christ manifests Himself and is truly known our estimation of Him will increase. It will be as the light that shines “more and more unto the perfect day”. There is such an excellence in Him that it cannot be fully comprehended at once. The more He is seen, the more He will be esteemed and accounted excellent. His kingdom and glory will continue to increase. “He must increase,” not in Himself, but as He is revealed and esteemed.

4. SERVICE TO CHRIST IS MEASURED BY HOW MUCH WE ARE CONTENT TO BE NOTHING

The purpose of the ministry of faithful servants of Christ is to commend and present Him. They will therefore be content to be abased and obscured, providing He is exalted and in request. They will be satisfied to see their Master esteemed more highly than themselves as merely the servants. This is why John speaks of this outcome as something with which he was content.

John goes on to say that Christ is “above all” (John 3:31). He is not only above John the Baptist but everything and everyone. Christ must increase and we must decrease, because He is above all. He comes from above, but we are of the earth and prone to speak and think in earthly ways (John 3:31). We need to remember how far below His majesty we are and to be humbled by any service we may be permitted to do for Him. The greater sense we have of His surpassing glory, the more we should be humbled and brought low in our own estimation. He must increase but we must decrease.