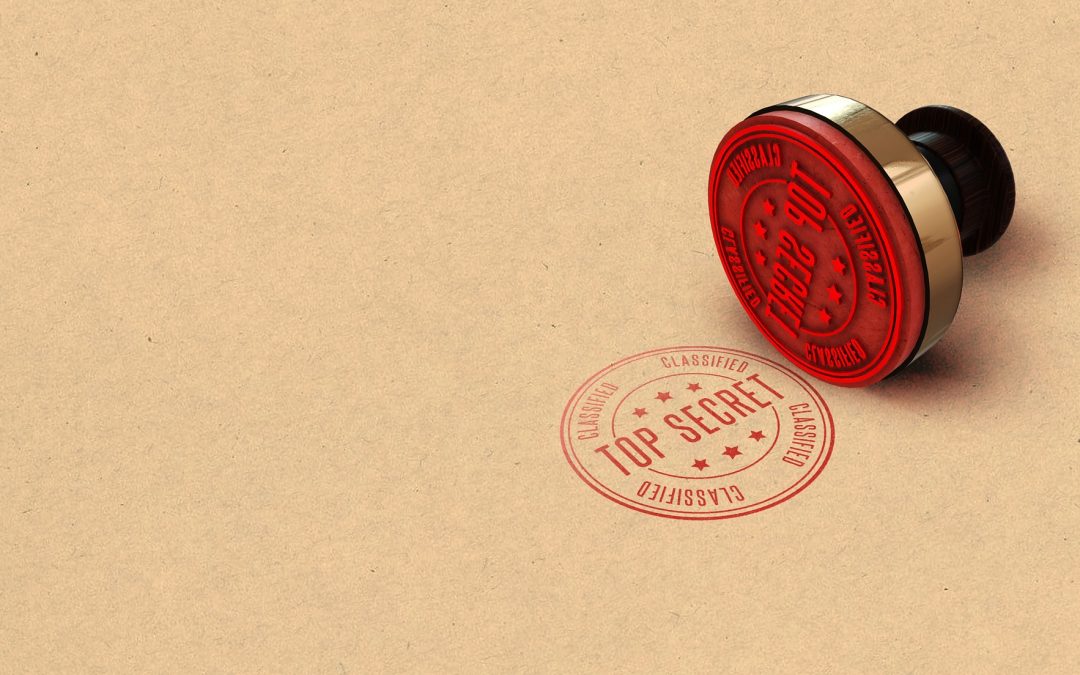 Spies, espionage and state secrets seem to be prominent in the news once more. China is so exercised about foreign espionage that this week it launched a website encouraging people to report national security threats. Sometimes we get a glimpse of the extent of the hidden world of intelligence agencies in gathering information about foreign countries. The controversy surrounding Facebook and the covert use of data is another dimension of how far attempts to obtain prized information may go. What do we know of the secrets of Christ’s kingdom? It’s a different matter altogether of course. Christ’s kingdom is not of this world and therefore those who are of this world find it incomprehensible. But are governments and organisations more diligent in gathering their secret information than we are in searching into the mysteries of Christ’s kingdom?

Alexander Henderson says it is our necessary duty to make this our study. If this sounds a little strange, consider that Christ says that the secrets or mysteries of His kingdom are given to His disciples to know (Matthew 13:11). The matters of the kingdom of heaven are mysteries which none can understand until this is given to them from God. There are also those to whom God does not purpose to give understanding of His mysteries. Henderson opens this up in a sermon which he preached before the House of Lords in 1645 on John 18:36-37.

(a) The Greater Secrets of Christ’s Kingdom

Those who are great in the world know many things about the mystery of iniquity and the secrets of the kingdoms and states of the world. Yet, the truth is that many of them are ignorant of the mysteries of the kingdom of Christ. The princes of this world (whether princes in knowledge or in power and greatness) do not know those mysteries. Had they known them they would not have crucified the Lord of glory (1 Corinthians 2:6-8). When the apostle Paul says that eye has not seen, nor ear heard, nor the heart of man understood the things that God has prepared for them that love Him, he is speaking of the kingdom of grace in this world (1 Corinthians 2:9-10).

(b) The Secret Means Used in Christ’s Kingdom

Natural reason requires the right means and well-prepared materials for every work. But the apostles were neither noble nor learned, but poor and simple.  The world altogether unprepared to receive them, it was at that time (as much as at any time before or since) full of learning, power, and politics. Yet they went on, subduing, conquering and bringing everything to the obedience of the gospel of Jesus Christ.

The laws of this kingdom were:

Yet these supernatural laws, by the Spirit and power of the great law-giver, were established and written in the tables of men’s hearts. The promises of reward were not worldly pleasures or ease, but let everyone take up their cross and follow me.

Everything in this kingdom is above the reach of natural reason. The spiritual man, however, by a new faculty created by God, knows the deep things of God and judges all things (1 Corinthians 2:14-15).

Some theologians have observed seven things in the sufferings of Christ that are altogether contrary to the reason of the natural man:

Many more things might be added in the administration of the kingdom of Christ after His ascension into heaven. This might be observed both at the first planting of the gospel in the earliest times and in the time of the Reformation of religion in various kingdoms and nations.

If we will acquaint ourselves with the secrets of the gospel and the way the kingdom of Christ progresses, we seem to be transported and carried to another world.  We are forced to acknowledge and confess to the glory of God, that flesh and blood cannot reveal these things to us.

When the Lord has opened the eyes of our understanding to behold something of the secrets of this spiritual kingdom, we are to join ourselves to it and become the subjects of Jesus Christ.

(a) Acknowledge Your Natural State

We must first know our condition by nature, we are all by nature subjects (slaves indeed) to the kingdom of sin and Satan.

(b) Acknowledge Christ as King

Acknowledge Christ to be king and Lord of His people, putting our confidence in Him because He has all sufficiency for life, liberty, salvation and every good thing. We ought to seek to feel the kingdom of God within us and His sceptre set up in our souls which were formerly tyrannised over by strange lords.

(c) Submit to Christ’s Will

We must submit ourselves in all humility and obedience to do His will. His subjects are a willing people or a people of willingness (Psalm 110:3). If every one of us had many wills, we ought to sacrifice them all in a willingness to serve Him. If we would consider what we are without Him, what we may be through Him we would willingly offer ourselves in this day of His power.

We must all be zealous in using all good means (according to our abilities) to advance and establish the kingdom of Christ. Beware of selfishness, indifference, division, procrastination, discouragements, imprudence, and inconstancy. Give yourselves to sincerity, zeal, unity, diligence, selflessness, prudence, and perseverance. Thus you may be the choice and blessed means used by God to establish the kingdom of His Son, our Saviour in the land.

← What Should We Do if God is Hiding His Face? The Greatest Lie We Can Tell Ourselves →

Is the Future of Christ’s Kingdom Bright?

Is the Future of Christ’s Kingdom Bright?

…As bright as the promises of God. That was the response given by Adoniram Judson. These promises are found throughout  Scripture, particularly in the book of Psalms.

Psalm 22 ends with a prophecy of the increased glory of the kingdom of Christ in this world. It will encompass “all ends of the earth” (v27). The extent of their conversion is very fully described. They will remember, turn to Christ, serve Him and worship before Him. In his Commentary on the Psalms, David Dickson expands upon these words and captures for us a glimpse of that latter day glory. The following is extracted and updated from that book. He shows that the natural state of man by the Fall is living in forgetfulness of God, but that grace awakens the soul in conversion to remember its Creator.

These are special prophecies about Christ’s kingdom being enlarged.

1. The Gentiles would be called after Christ’s resurrection. This was agreed and spoken of long before it happened. It has been fulfilled but not in as full a measure as expected in the future. In order for these words to be entirely fulfilled it must happen that all the ends of the world remember and turn to the Lord.

2. As long as men continue in an unconverted state they do not know what they are doing. They are like men sleeping or distracted. They do not even make use of the basic principles of truth and the invisible things of God which can be learned from the light of common reason and created things. Yet, when the light of Christ’s gospel shines into their heart they are made to remember and turn to the Lord.

3. Those who are converted make God the object of their worship, they embrace his ordinances and subject themselves to his laws and discipline. They worship before Him, become subjects to Him because He has powerfully subdued them to Himself.  “The kingdom is the Lord’s, and He is governor among the nations”. 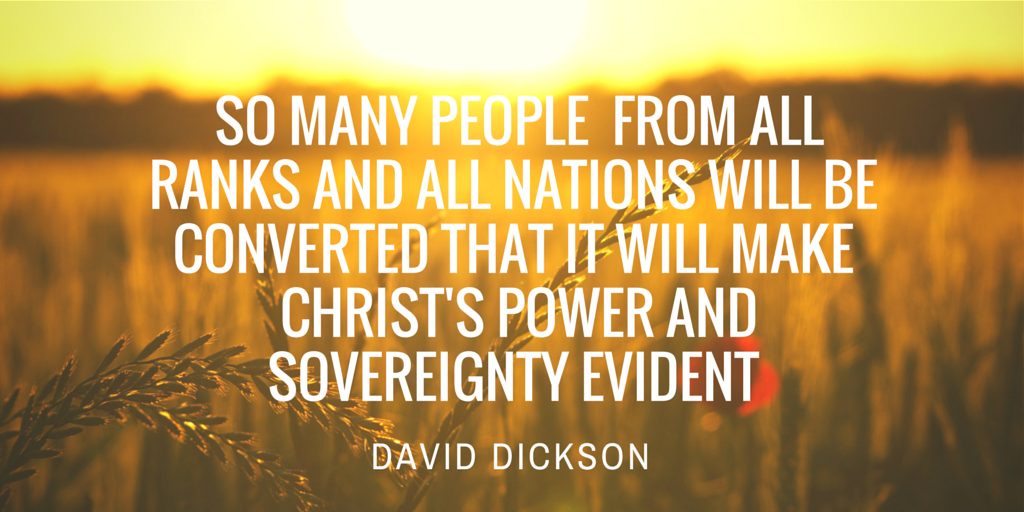 ← What is Spiritual Fellowship? The Future Transformation of the World →